Most of us like things to be simple. We want straightforward concepts, rules, and tools that will make our lives easier. However, when it comes to dealing with money, it’s not always that easy.

But, according to Nobel Prize-winning behavioral economist Richard Thaler, when it comes to budgeting, maybe it is easier than we think? He lives by a concept so simple, it only makes sense that it works. He calls it “mental accounting”.

Thaler has built his career on the psychology of spending and saving. In an interview with the New York Times, he stated that his earnings from winning the Nobel Prize will be “fun money” – specifically spent for special occasions like when he and his wife want to spend $50 on a bottle of wine.

“Fun money is another thing that makes no sense to traditional economists because there’s just money; there’s no ‘fun money.’ It’s all supposed to be the same,” he claims.

He acknowledges that people can get pretty creative when it comes to divvying up their money and that splitting money up into different “buckets” makes sense.

According to Thaler, one of the best methods he’s seen for budgeting money is the use of jars. For example; one for food, another for rent, and another for entertainment.  Of course, we live in a digital world and services like Rize can easily do this for us, but regardless of how you choose to divide your income, the lesson is simple: if you find a tool or tactic that helps you tackle debt and fund the future, just do it.

Putting your money into “buckets”—and even into jars—is a useful model to live by. And having peace of mind that your expenses are being managed effectively, is priceless. Here are some jars to get you started! 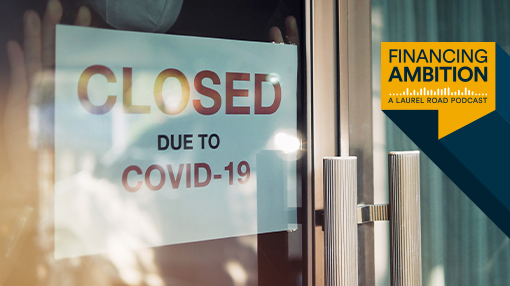 COVID-19 + Small Businesses: The Struggles, The... Paying Off Debt with Personal Loans